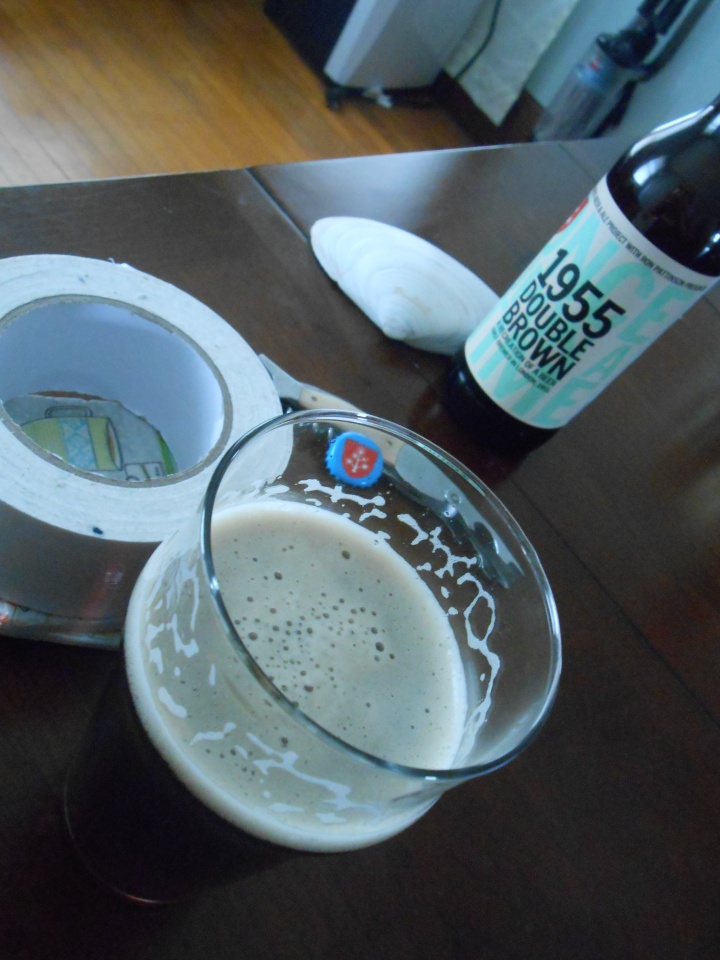 Brewer’s Note: “Welcome to the 1950s! Whitbread brewery in London was once the biggest brewery in the world. However by the 1950s its decline had begun. Their Double Brown is a true post-war British beer: dark, with some roasted malt character, but low body due to the use of completely fermentable brewing caramels, a practice that continues to be a hallmark of British dark ale brewing today. At 5.1% abv, the beer showed that the supply chain for raw materials in post-war Britain was easing, although rationing had only ended in 1954. (This is in reference to one of our previous recreations, a Mild ale from 1945 which was 2.8% abv largely due to barley shortages). This beer is another easy-drinking cracker, which takes you right back to 1950s London and plonks you on a wooden chair in a London pub.” 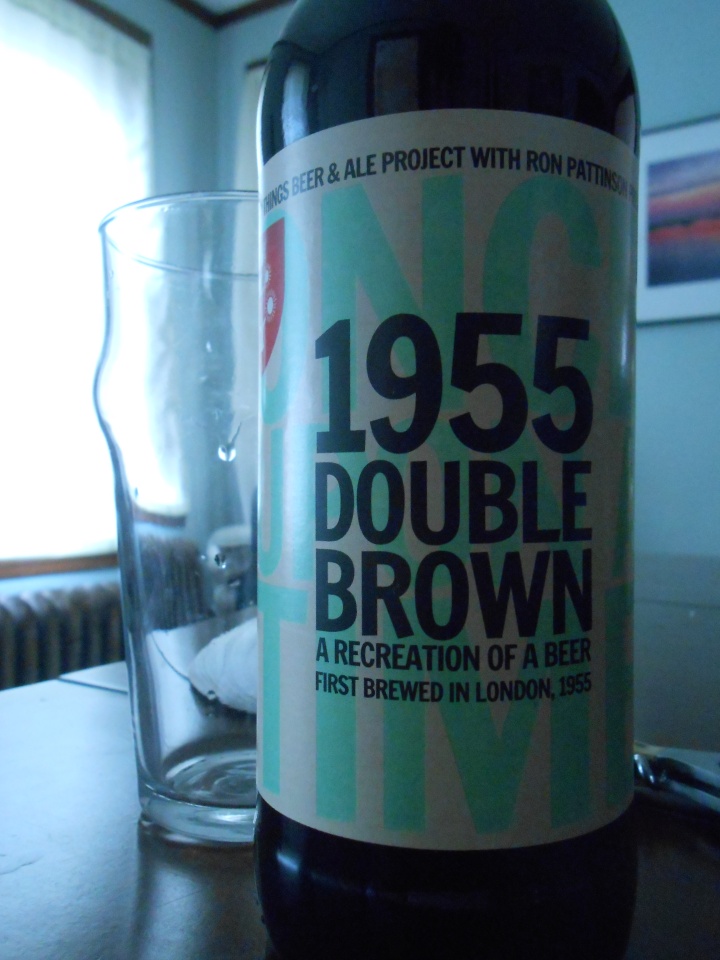 The beer pours a copper brown and sits in the glass a deep, candied brown with ruby hues. A huge head of caramelized, tan bubbles forms above the beer and mellows to about a fingers width, lasting well after the pour. When the head does leave, it splotches sticky patches of fluffy lacing onto the glass. In body the beer is dark, but not opaque, with a very clean clarity to it, and no sign of any floating particles. On the nose, the beer smells of rich toasted oat bread, caramel, and nuts. Wisps of roasted malt and apple juice tinge the edges of the scent alongside faint brown sugar, and fainter dark fruits. There is even a bit of tart plum on the nose. As the beer opens up, the tartness becomes more pronounced and intriguing, blending nicely with the other scents. On the tongue, the beer tastes sweet with a quick splash of fruity tartness at the beginning of the sip. This is worked into nutty and bready sweetness, and then covered by aggressive, yet rich bitter roast and herbal and grassy hops. The bitterness is a touch too fierce for how I like my brown ales. The beer’s finish is bitter and dry. In flavor, the beer begins as sweet bread and caramel, blending with softly tart plum juice and then slowly morphing into a roasted nutty flavor with wisps of brown sugar. In the middle of the sip, this blends with touches of apple juice and then is quickly steamrolled by roasted malt bitters, grassy hops and a nice herbal bite that reminds me of nettles. The finish is a fruity splash of sweet raisins and plums dipped in brown sugar and blended with an assortment of nuts, sort of like a trail mix. Now that I think of it, I can also sense touches of strawberry jelly on the finish. The finish is of a middling length, but the aftertaste is quite rich and long, moving through a variety of flavors that make it nearly as complex as the actual sip. It warms, the beer also develops rich milk chocolate notes towards the finish, which blend beautifully with the roast, and add to the taste’s appeal. The aftertaste begins as harsh herbal bitters, but then pulls forward chocolate covered plums, then rich nuts, then peanut butter and jelly flavors, and then rich oat bread flavors. The more I think about the aftertaste, the more complex it becomes. In the mouth, the beer feels on the light side of medium in body (nearly light) with a middling carbonation that does prick the tongue. The beer’s mouthfeel is soft, but with a slightly out of balance crispness and enough prickle to keep the sweeter malt flavors at bay. The mouth is left wet, yet burned with a bitter shock from the harsher herbal hop notes. There is even a bit of a sticky, resin-like feeling on the roof and sides of the mouth. Overall, this is a nice, easy drinking English Brown Ale. I think the recipe’s bitters were a touch too aggressive without any nicely balancing hop character. I love the aftertaste of this beer and am still reveling in its complexity. This is a lovely recreation of a beer by Pretty Things and Ron Pattinson. 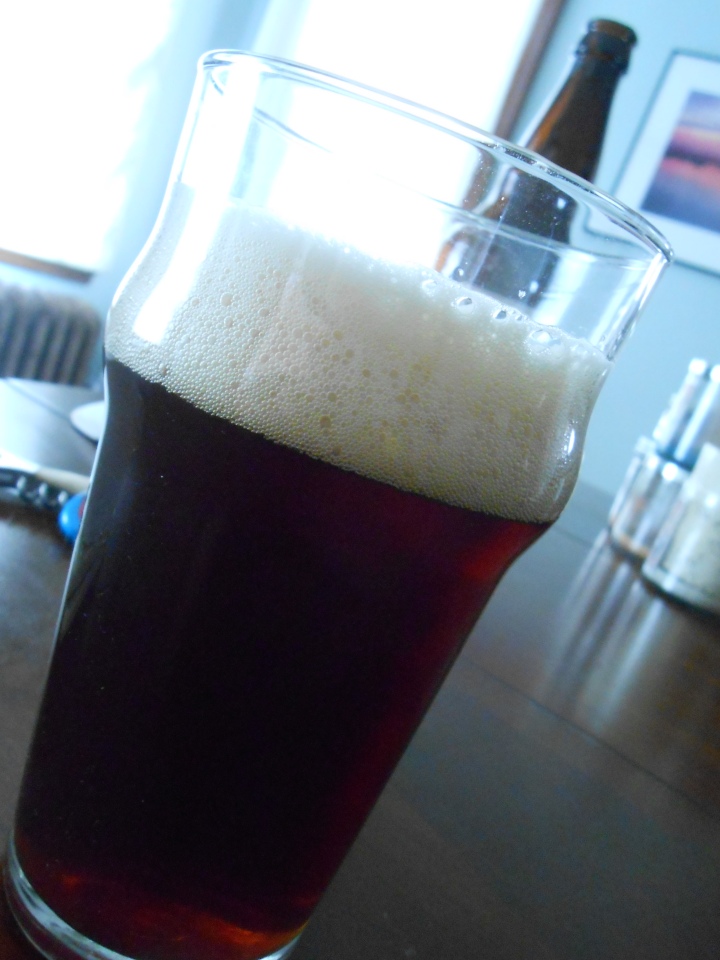