The beer’s label is sleek and sophisticated.  It is also exactly the same as the other Wigglseworth beers (https://beerinmybellyblog.wordpress.com/2013/03/29/1115/) and as such I will just say that I like it, though it is a little cluttered and I would like some text on this unique beer instead of just about the series.

The beer pours a rich, almost-amber in color, which also might be identifiable as orange-brown.  The beer forms a small head of tightly knit, eggshell white bubbles that fizzle away to a scrim and leave strands and sticky splotches on the sides of the glass.  The beer appears opaque in body, with lots of light coming through, but no notion of the other side of the glass visible.  No particles or sediment can be found in the beer.  On the nose, the beer smells like candied pine and orange peels with a touch of grapefruit pith.  The candied note comes from a light touch of caramel malts which give the nose some interesting nuances.  Pine and pith are quite big, but are not overwhelming or bristling in anyway.  On the tongue, the beer tastes properly bitter with a soft sweetness and a touch of acidity giving the beer a nice balance, while still keeping it bitter and IPAish (if that makes sense).  Flavor begins as bitter orange juice, quickly working to pine and orange peel with a touch of caramel bread and some soft medicinal bitters.  The finish is on the short side of medium in length, with bitter citric and medicinal pine flavors, while the aftertaste is slightly sticky with pine and pith flavors.  In the mouth, the beer feels on the light side of medium in body with a “thicker-watery” mouthfeel that makes it excellent to drink.  Carbonation is gentle and a little fluffy on the tongue, and the mouth is left slightly dry with a soft sticky sense from the hops.  Overall this beer is very nicely balanced, with a proper dose of bitters and enough of a sideshow to add complexity to the sip.  This beer is perfect to drink, as it is a little heavy for sessioning, and far too light for sipping.  Personally, I want a little more weight on the back end of this sip, but that might hurt the drinkability of this beer.  The beer would also pair really well with pub foods, like spicy fries, buffalo wings, or potato skins.  Mystic’s owner swears they won’t brew an IPA, but they’ve created quite a nice one here and I do hope they try for more.  This beer will appease hop-heads and those looking for something that won’t assault the tongue. Try it for sure! 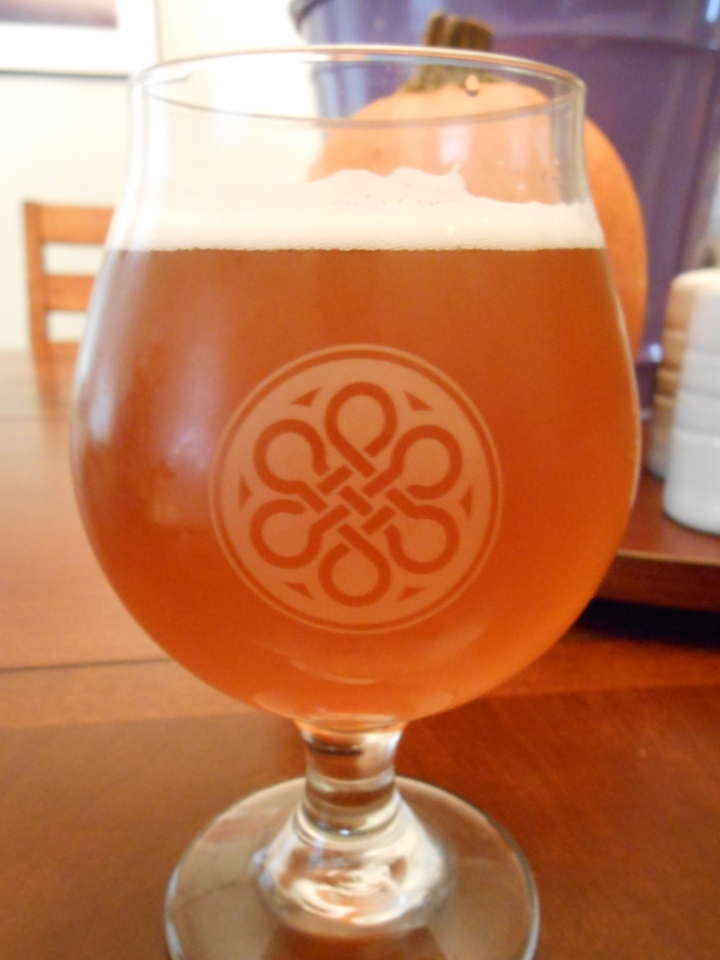