From: New Castle, ME 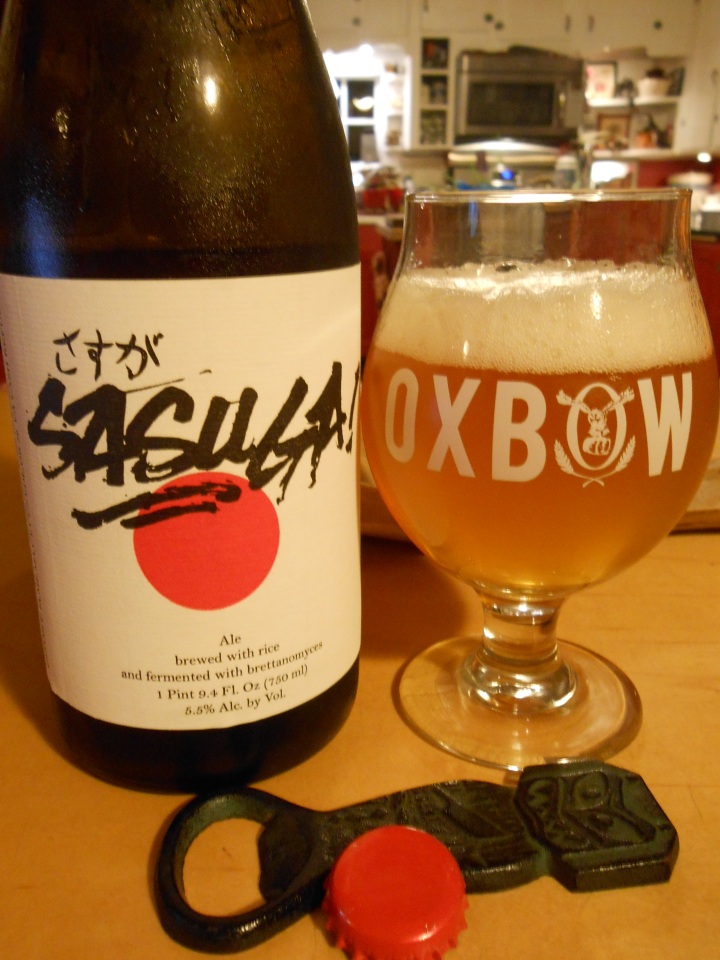 The beer’s label is funky an awesome, displaying a nice Japanese –flair with the red sun, Japanese characters, and calligraphic lettering for the beer’s title.  In fact, I love the font for the title.  It’s funky and has a hand-brushed feel to it, and the fonts that explain the beer are simple and quiet, which I love as it draws the attention to the graphic and the beer’s title.  There is a little bit cluttered with ugly with the legal stuff, but that is understandable.  The label is made from the thicker, ridged paper, which I personally love for its texture and its organic look.  The Oxbow symbol on the right side of the label is also awesome.  I love the owl in flight and I love the stylized “O.”  It is a kick ass label.  The beer’s cap even looks amazing with the label as it is a simple red dot, much like the red son on the label.  This label is funky and awesome, with terrific minimalist artwork, its worthy of the shelf for sure. 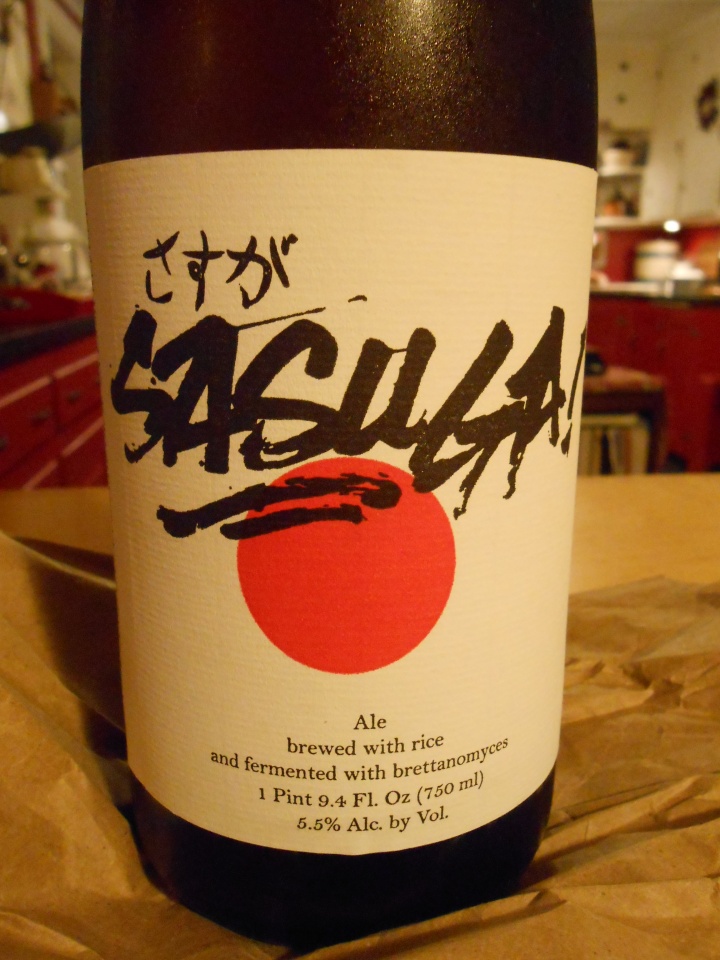 The beer pours a hazy, muddy, golden yellow with copper tinges and a fizzy head of lightly creamy, white, medium sized bubbles that fizzle away to leave a nice scrim.  In body, the beer is lightly foggy, with little bubbles coming up through the haze.  On the nose, the beer smells of pineapple citrus, fresh leather and a touch of barnyard funk and horse blanket thrown in.  There is even a slight saltiness to the smell, which adds a more savory character to the nose, and a touch of apple skins and vinegar.

On the tongue the beer tastes tartly acidic with citric and lactic acids and a touch of malty sweetness.  In flavor, the beer begins as citric tart with a touch of chalky acid, much like a Berliner Weisse, but then mellows into a grainy malt taste which comes on strong in the finish with a touch of lemon citrus, and is slightly reminiscent of brown rice.  There is a touch of grassiness in the taste which must come from the hops, and which provides a nice, light bitter balance to the beer’s tartness.  In the mouth, the beer feels prickly and alive on the tongue with strong effervescence and a creamy carbonation.  The beer is on the light side of medium in body with just a touch of grip on the tongue and cheeks.  The mouth is left lined in slight saliva with a chalky feeling.  Overall, this is a refreshingly tart ale with a nice grainy flavor that is slightly different from other Oxbow beers, but still refreshing and crisp in the mouth.  An excellent summer beer with a lot of similarities to a higher alcohol percentage Berliner Weisse.  Try this beer. 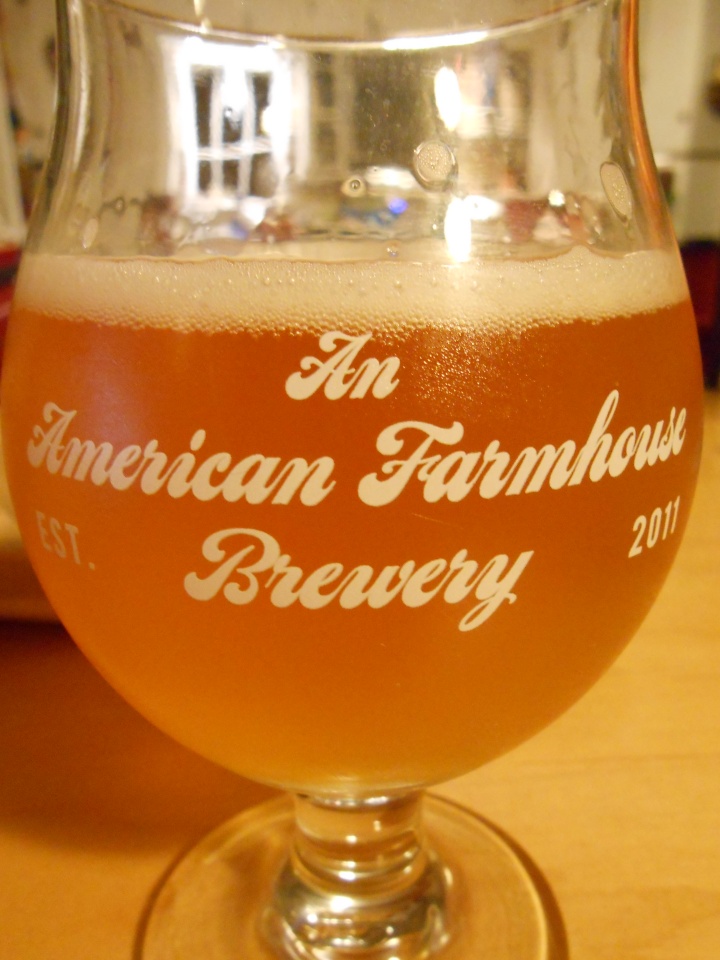