Brewer’s Note: “The American Session Ale. Pale copper color, firm malt body and a dry, hoppy finish. Notch Session Ale is well balanced, but in true American fashion the hop flavor is up front, and finishes dry, which begs for another sip. Notch Session Ale is unfiltered and hopped throughout the brewing process with three US hop varieties, resulting in a complex depth of hop flavor. The US has no Session Ale tradition – so this is our interpretation.” 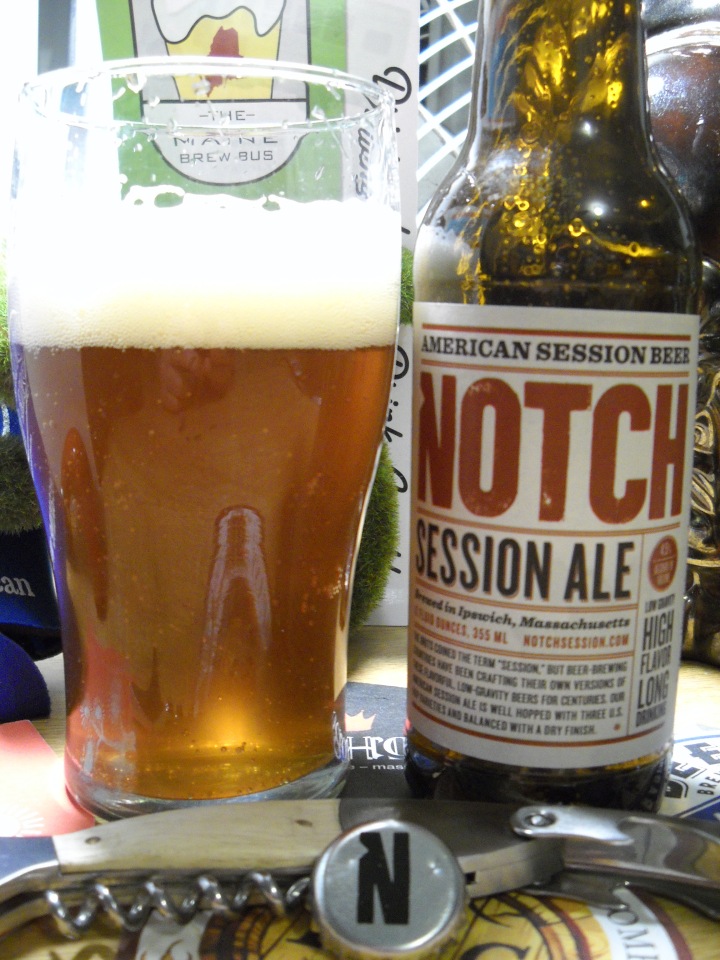 As I have said time and again on this blog, I love the text based artwork that is the Notch label.  I know I’m being a bit hypocritical, since I keep hating on breweries that don’t change up their labels and leave them simple and boring, but Notch just does it so well, and just with their subtle change in color they are able to make different and interesting labels.  Everything is placed and sized perfectly.  There is no clutter!  This bottle is worthy of scrapbooking or putting on the shelf if you love graphic text-based art.

(On another note, this beer was bought as a single and is a little old for its style.  In respect to Notch, whom I have an eternal love for, I would like to assure everyone that reads this blog that I will go hunt out a fresh bottle, too, and review it soon, just so I can experience the hops.) 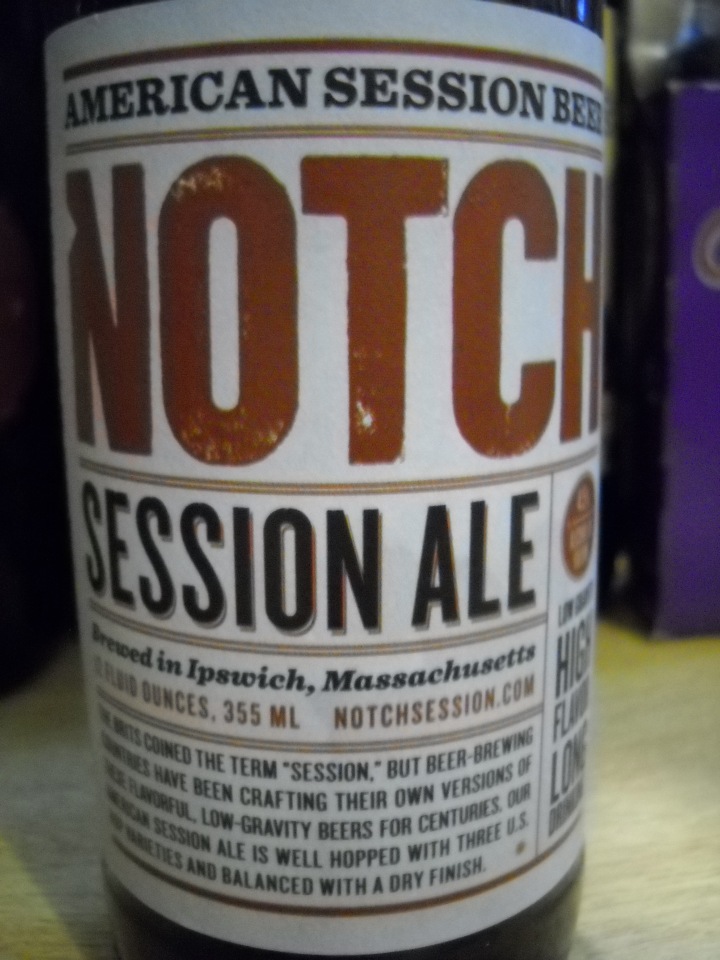 The beer pours a nice hazy amber brown with some slight golden highlights.  The head on this beer is big and creamy but it has some rockier patches.  The beer’s body is clean but very hazy, and there are only haphazard bubbles traveling up the glass.  The beer’s lacing is fluffy and dry, leaving spider webs across the glass.  On the nose, the beer smells of caramel malts and bitter hops with a slight onion character, which is probably due to the older hops.  The malt smells warmly caramelly and welcoming, which actually has me thinking of a bigger beer than this actually is.  On the tongue, the beer tastes sweet with a touch of light grassy bitters, but some great malt character shinning through.  The taste begins with light watery malt, but quickly opens into caramel malts that meet a middling grassy bitter flavor and melds nicely together.  The malt eventually reaches an almost creamy finish, touching briefly upon whole grain bread notes and the faintest touch of peat smoke before washing away to leave a lingering light medicinal bitter taste.  I actually really like this beer’s flavors and complexity, and I could absolutely drink a lot of it.  On the mouth, the beer feels just barely above light in body, with nice mellow carbonation that leaves a brief, slight prickle.  The tongue is left dry but the sides of the mouth have nice amounts of saliva on them.  Overall, this beer is what I imagine people drinking in The Lord of the Rings and other fantastical tales.  Yes, I realize there are way too many hops in this beer for the medieval time period, but it just feels like that to me.  The malts are sweet and complex while still being subdued, and the mouthfeel is perfect for knocking back.  I like this beer. You should try it.