The whole concept and naming Lagunitas Sucks is clever and hilarious, and I applaud the brewery for operating with their tongues in their cheeks.  The bottle label is printed on a beautifully thick and textured piece of paper, which I really do appreciate visually, the label is clever and interesting, though it doesn’t blow me away.  I like the red splotch of paint that looks like vandalism, its quirky and pleasing to the eye,  but everything is a little crowded on the bottle and could use a little bit of space to breath.  The label is worthy of scrapbooking, but probably not of the shelf. 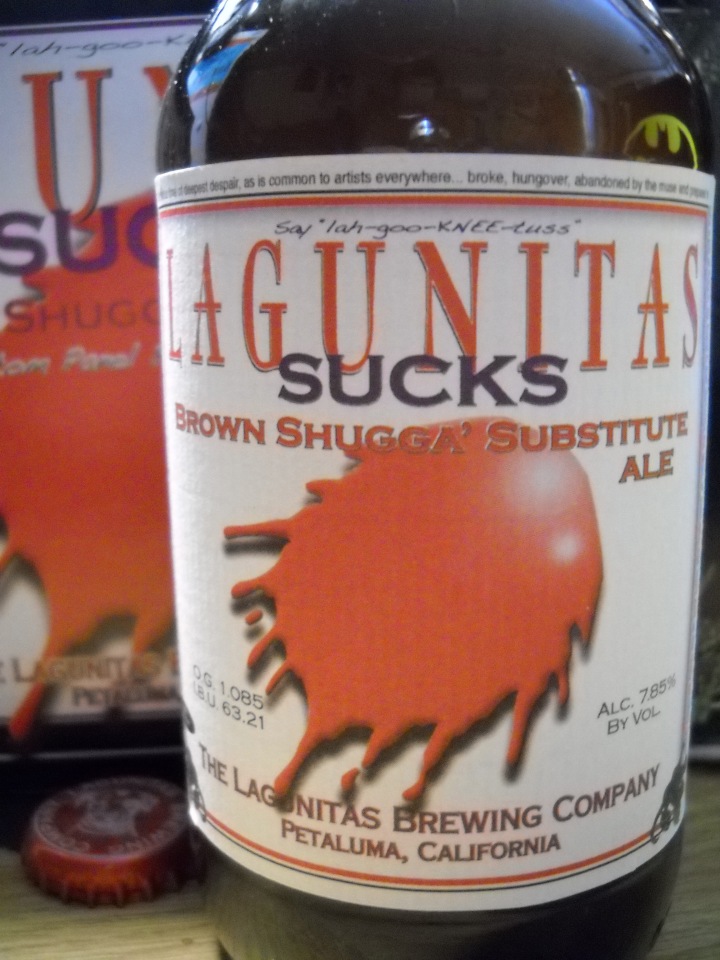 The beer pours a lovely oranged yellow, almost golden, with a great big slightly cream white head that sits at over two finger widths.  The body is light and translucent, with only the faintest mist of haze, and a steady stream of gentle carbonation bubbles working to the top of the glass.  The beer’s lacing is droopy and thin, leaving a spatterwork of hanging sheets upon the sides of the glass.  On the nose the beer smells big with minty pine, a touch of citrus, and a faint touch of salty onion.  The grains are found only as the lightest backdrop for the smell, suggesting slight toasty bread and caramel.   On the tongue, the beer tastes bitter with a nice light sweet tinge.  The beer begins with sweet bitters before opening into slightly caramelly herbal bitters that lightly suggest mint and onion.  The finish runs with a light touch of orange citrus and is strong with pine, which lasts into the finish.  The aftertaste is light with medicinal bitters and piney hops.

On the mouth, the beer feels medium-light in body, with just the faintest gelling to suggest a heavier beer.  The carbonation leaves a decent prickle on the tongue, and after the beer leaves the mouth is left sticky-dry, with a bitter astringency gripping at the tongue, though the mouth is clean.

Overall, I’m a little disappointed with Sucks… Lots of people are heralding this beer as an amazing DIPA, but honestly I see it more as a strong IPA, falling just short of the bigger flavors that a DIPA carries.  The beer is nicely drinkable, and carries some nice bitters, but the onioniness that this beer has is throwing me off the taste, and other than that I fine the hop profile a little lackluster in terms of complexity.  Just to clarify, I have tried a six-pack of these now, and all of them have had the slight onion flavor, which is odd and I suppose I will chalk up to an older pack (though they had spent less than a week on the shelf when I picked them up…).  This beer is a mediocre almost-DIPA, in my book, but is not really worthy of hunting down.  I hate to say this, but Lagunitas Sucks kind of sucks in my opinion.  Its a decent beer, but in no means lives up to the hype, and really does not have much complexity in terms of IPA’s.  I was looking for more from this beer. 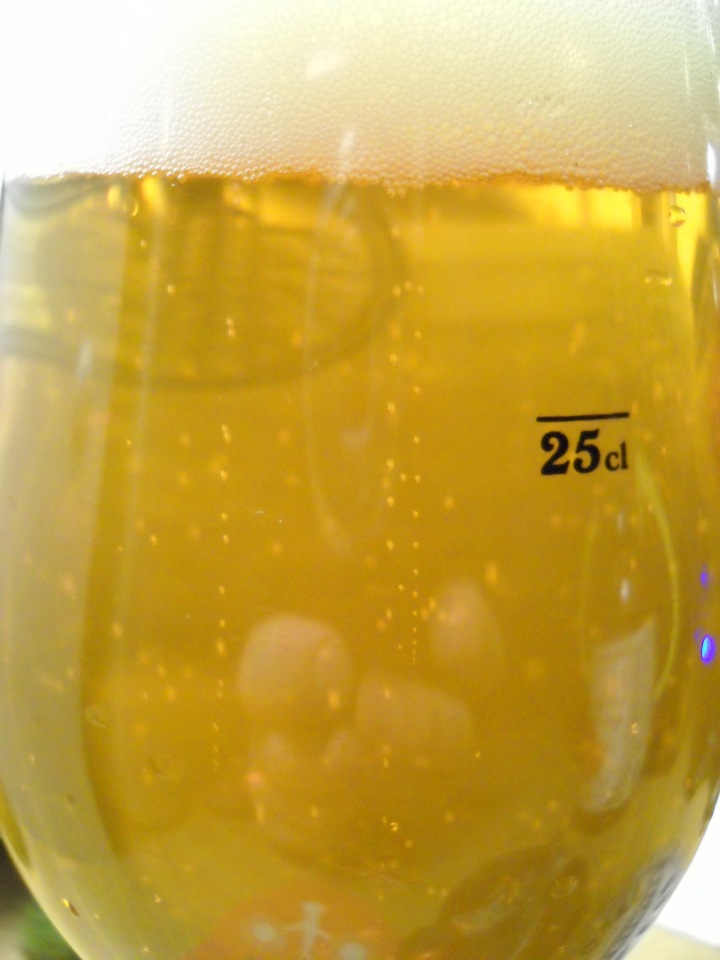