The bottle’s label is classy, like the detailing on the sides of an old map.  There are even the longitudinal lines spider-webbing out.  I love the wood coloring, and the grainy wood boarder on the label.  The Heavy Seas logo is a little cartoony and cheesy, though, which takes away from the bottle slightly, and then the font, for describing the beer style, while fancy and interesting in context with the rest of the label, is a little hard to read.  The label is also a little cluttered with text, but overall I still like it a lot.  This label is worthy of scrapbooking, and definitely worth considering for the shelf.

The beer pours a big old stout black with a nice little sand dune tan head that whiffs away quickly to leave a scrim. The lacing that the beer leaves is thin but sheet-like and wide spread, leaving a nice sticky webbing on the glass, and the beer does leave faint legs when it is swirled up the sides of the glass.  The beer’s body is practically impenetrable to the eye, though there are lighter brown patches on the side of the glass that remind me of light roast coffee.   The black color of the beer is a tad lighter than other imperial stouts, but the beer seems free of particles.  On the nose, this beer smells big, but well balanced and controlled.  Boozy sweet bourbon is there in the nose, but is not oppressive like some other bourbon barrel-aged beers can be.  The chocolate is rich and complex, hinting at cocoa then milk chocolate and then back to cocoa.  There is very little in terms of roasted malt character in the nose, though some light caramel notes do come through.  The chocolate, however, is the star of the smell, and is rich and layered, which says very good things about what this beer has to offer.  On the tongue, the beer tastes richly of cocoa and milk chocolate with a nice light touch of boozy bourbon and roasted malt.  The beer begins with slightly bitter chocolate, which mellows and molds into cocoa powder and milk chocolate as it oozes through the mouth followed by light notes of vanilla from the wood, and then the sweet cloying bourbon makes a light peak in flavor, before being bumped aside by late blooming roasted malts that were not present in the nose, and give a nice light note of char.  The aftertaste is light with vanilla and faint hints of chocolate.  On the mouth the beer is velvety smooth, sitting on the tongue as medium to heavy in the body.  The mouth is left clean with just a little bit of dryness from the roast, and some saliva along the sides of the tongue.  Overall, this is a beautifully delicious chocolate beer.  It is lighter in the bourbon barrel notes, though still quite strong with vanilla, but I think this works excellently in this beer.  The chocolate and vanilla are the big flavors here, and everything else is on the lighter side, but it works beautifully.  This beer is delicious.  Try it. 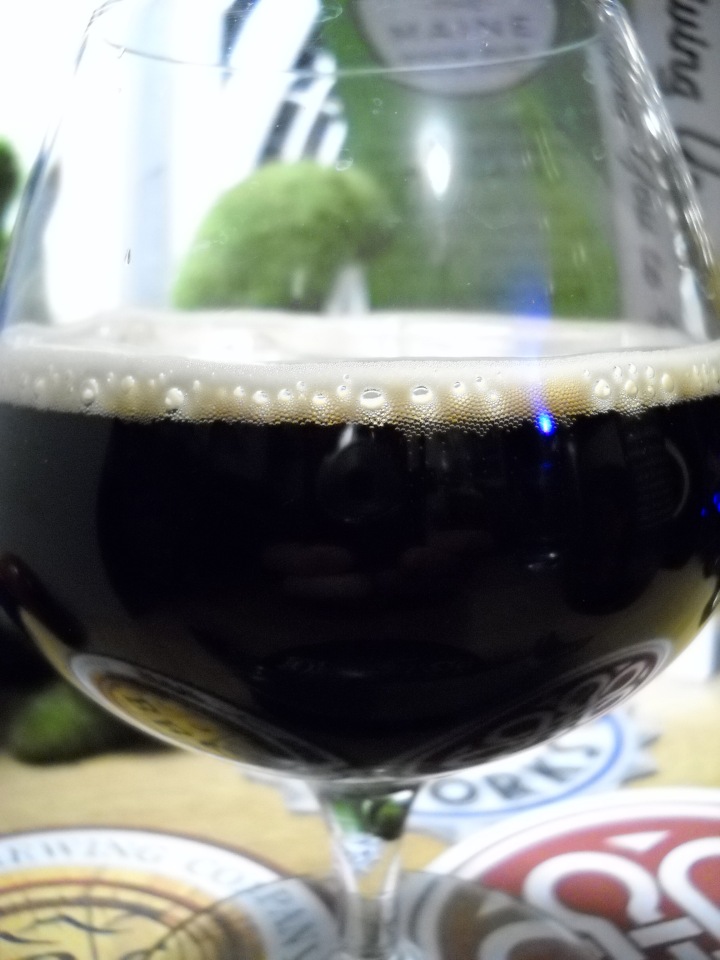