Brewer’s Note: “Nothing refreshes more than this naturally cloudy weissbeer with its wonderfully rich yeasty taste.  Goes very well with light meals, which are not too strongly flavored – veal sausage in particular.” 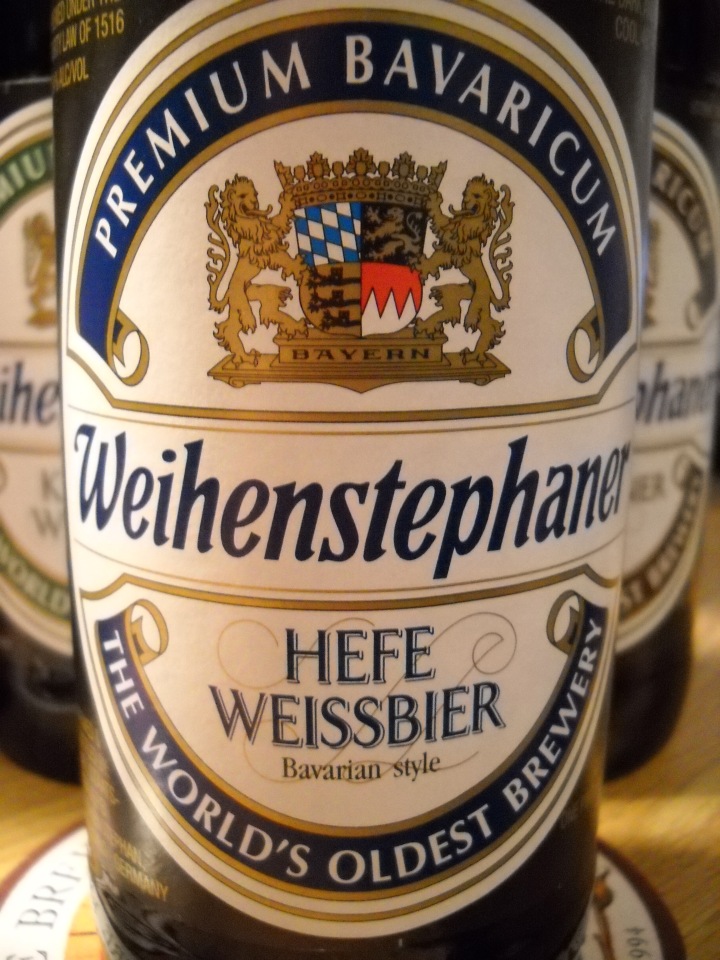 The bottle is very similar to all the other Weihenstephaner bottles I have reviewed, the only difference between this bottle and the original is that this bottle has a white cap and says “Hefe Weissbier” on it.  I still like the sigil, and it still is a classy bottle, but it still is only worthy of the shelf if it is paired with its brother bottles in a Weihenstephaner collection.

The beer pours much like the kristallweissbier, but with more pulpy appearance that slightly hints at pink as it pours into the glass.  In the glass, the beer looks a lot like cloudy dehydrated piss, with a huge big, creamy, white head.  The body is quite hazy, sitting somewhere in between the clarity of apple juice and the murkiness of apple cider.  Lacing is fat and sticky on the sides of the glass, leaving puffs like the clouds in the sky.  On the nose, the beer smells wonderfully of spicy banana breads, with nice clove notes, and some definite hints of mint in the afterlingerings of the scent.  There is even a slight spicy pepper in the scent, sitting below the other rich scents.  The smell is thicker and richer than the kristallweiss’s (obviously) with a much grittier and natural flavor.

The beer tastes richly of bubblegum banana with clove spice notes. The beer begins with bubblegum and spice; just as it is building in flavor a slight yeasty funk can be felt in the taste, but is quickly washed away by the big banana bread flavors that have been building in the mouth.  This eventually wanes down into a banana aftertaste with light clove and bubblegum hints at the sides of the tongue.  The mouthfeel of this beer is superbly creamy, with light carbonation and a medium to slightly heavy and leaves the mouth with a thick sticky feeling on the tongue while the mouth as a whole feels clean, but slightly coated in candied banana.  Overall, this is a superb hefeweizen, as would be expected from the oldest brewery in the world.  I hold this up there with Zero Gravities Weizenheimer as the best in the style.  A superb beer that epitomizes and optimizes the style beautifully.  This beer is a must try. 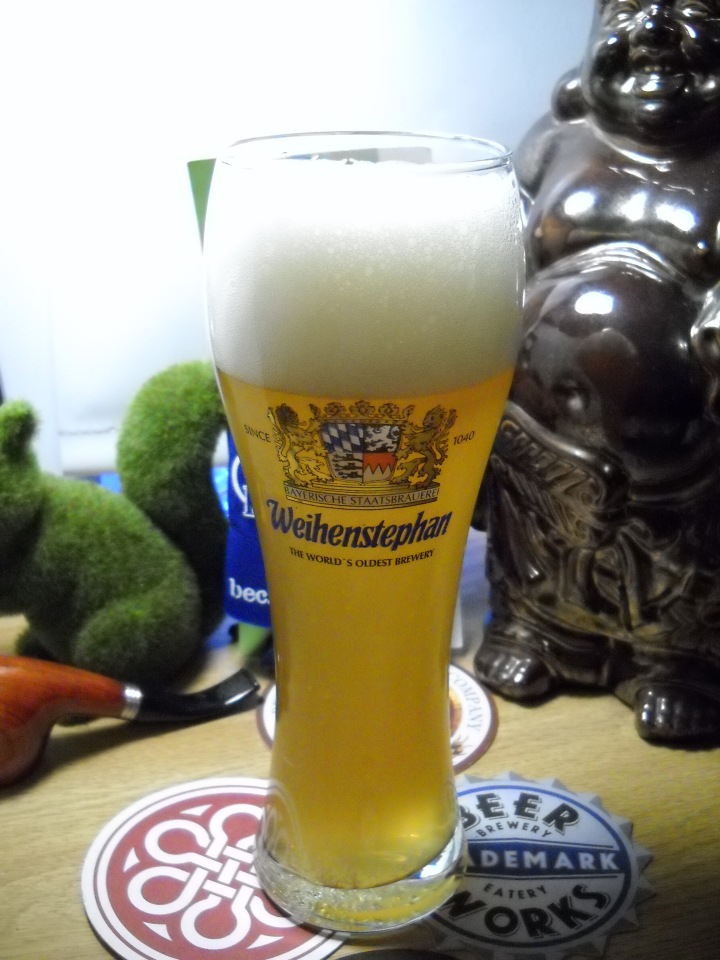